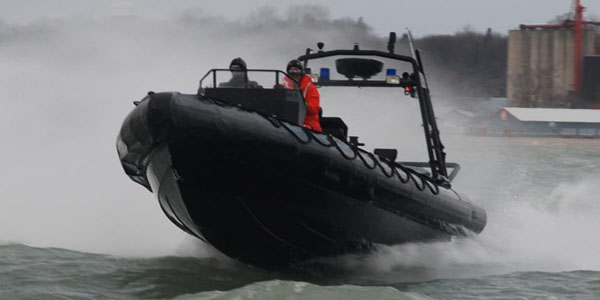 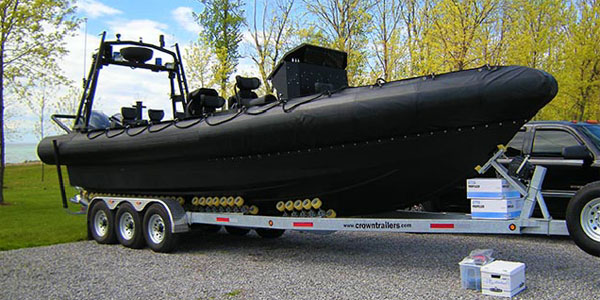 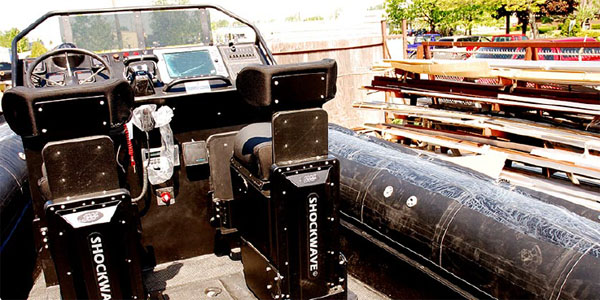 Midway through 2007 we were approached by Kanter Marine, Ontario, Canada to partner them in a tender process for the construction of several open, military-style RIB’s capable of high speeds and rapid deployment of personnel to “trouble-spots”.

Our concept design was successful and we were awarded the project which is now in build. In a very tight schedule Kanter Marine are producing multiple vessels needing to be operational by the start of the northern summer of 2008.

It has been immensely challenging to comply with the specific requirements needed for these vessels to perform satisfactorily. Briefly some of these are as follows:

Looking at the general arrangement shown on this page it seems like the boat is all seating, not surprising as carrying 11 persons in full battledress on specially designed shock-absorbing seats on a 32′ boat is a tough ask. The seats are by Shockwave, Sidney, B.C. and are capable of folding up to increase working deck space.

The hull shape has benefitted from our experience with other similar sized RIB designs, the latest of which to be launched in September 2007 was our 9.5m QRV. These RIB designs have been praised for their seakeeping ability and smooth ride and we now have several under construction for various Coastguard units here in NZ and a staggering level of enquiry from all around the world.